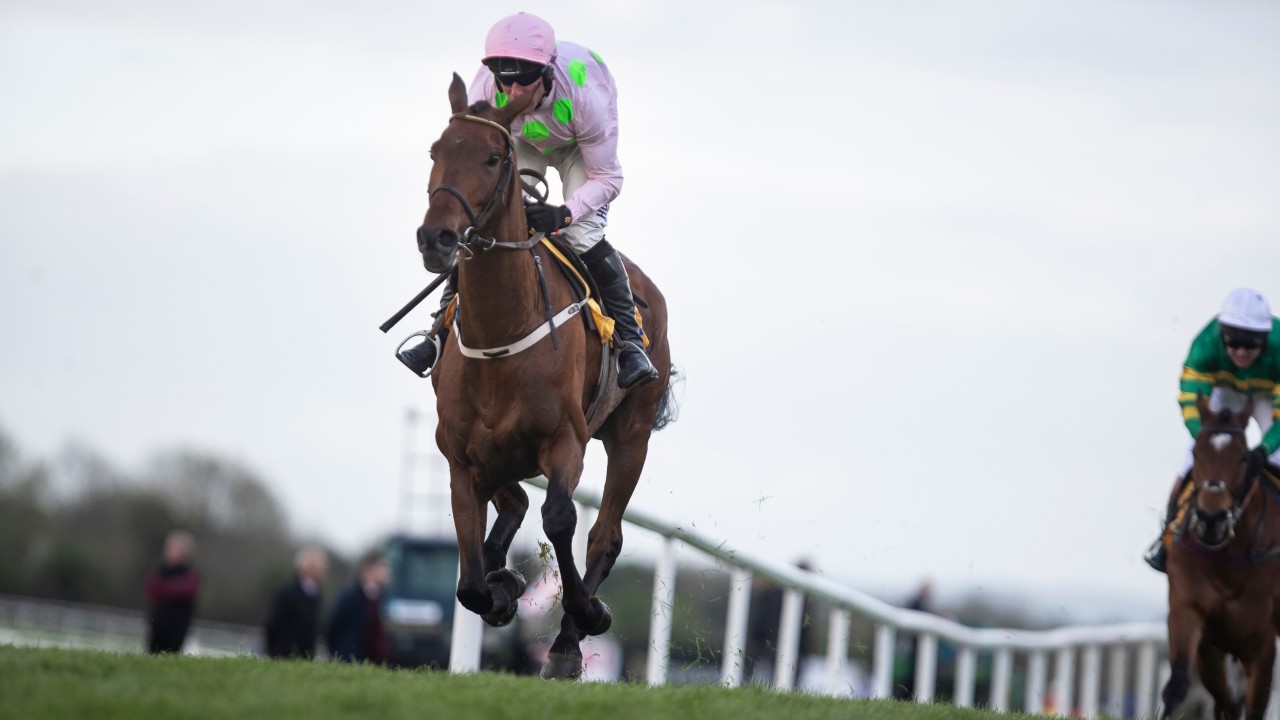 These are the 10 horses that I think it could be profitable to follow for this jumps season. I have intentionally not picked the obvious horses, because I imagine most of you guys know about these horses already. Hopefully these 10 horses can win a few races throughout the season at decent prices.

I have also added a trainer, jockey and conditional to follow for the season. As above, I haven’t just selected the obvious for the same reason.

Paul Nicholls has trained some top class horses that he has bought from France like Kauto Star and Master Minded, and this 4 year old has come via the same route. He was bought privately by top bloodstock agent Anthony Bromley on behalf of the Stewart family, and that combination has been very successful, with their best horse being the great Big Bucks.

His new trainer and Anthony Bromley rate him highly, and are really looking forward to seeing him in action this season and beyond. He is by the sire of the stable’s top horse Clan Des Obeaux, so he is bred to be smart. Keep an eye out for this youngster this season.

Willie Mullins has trained some top class horses for owner Rich Richi like Douvan and Vautour, and this 7 year old son of Policy Maker could be the next top class horse for that combination. He has won both his starts since joining Willie Mullins, and his 2nd win in the Ryanair Novices’ Chase (Grade 1) at last season’s Punchestown Festival was impressive.

He beat the Arkle winner Duc Des Genievres and the JLT Chase winner Defi Du Seuil in that race, and I think he will be a real contender for all the top races at this season’s festivals. Remember the name!

This 4 year old finished 2nd in his only Irish PTP, and he has since joined Dan Skelton. The 3rd, 4th and 5th in that Irish PTP all won NTO, so the form is very solid and means that this son of Getaway could be very useful for his new trainer.

He has plenty of speed on the dam’s side of his pedigree, so he should be more than capable of winning a bumper before heading over hurdles for his new connections. This gelding could be a future star if his Irish PTP form is anything to go by.

This 5 year old son of Stowaway has always been held in high regard by his trainer Harry Fry, and he duly justified that opinion on his debut when he destroyed a decent field in a bumper at Uttoxeter by 22 lengths. He followed up NTO under a penalty at Ffos Las, and was then put away for the season.

He goes hurdling now, and his trainer reports that he has schooled brilliantly at home, and he is 1 to really look forward to this season. He likes soft ground, and he will start off over 2m, before being stepped up to 2m 4f in time. I really like this gelding, and think he is 1 to keep an eye on over hurdles this season.

This 5 year old son of Milan won a top bumper race on his debut at Chepstow beating the likes of Ask Dillon and Lisnagar Oscar. Those 2 horses went on to both win twice over hurdles, so the form is very solid. He went on to win 2 more good bumpers at Newbury and Aintree respectively, and he now goes novice hurdling.

He is a half brother to the Grade 1 winning chaser Waiting Patiently, and is an exciting prospect for novice hurdling this season. His best trip is between 2m and 2m 4f, and I think he will be competitive in most of the top novice hurdle races this season.

This trainer and owner combination are also represented by the classy Waiting Patiently, and I think this son of Getaway can continue his progress this season. He made a winning hurdling debut at Ayr in May, and then won 1 more of his 3 other starts last season.

I believe he will now go chasing this season, and he looks like a chaser in stature. Good ground is very important to this 6 year old, and I’m hopeful he can be the next top chaser to represent these connections, given his preferred good ground.

Trainer Nicky Richards thinks the world of this 6 year old who won 2 of his 3 bumpers last season in impressive style. He now goes hurdling for his very shrewd trainer, and his trainer says he is a quick horse who will start off over 2m. He will handle soft ground, but he will be even better on good to soft ground.

Jockey Brian Hughes – who rides most of the stable’s good horses – thinks he is a “really nice horse, who jumps well”. He says he has a lot of pace and a high cruising speed – which will come in handy over hurdles – and he thinks he could be quite smart. This son of Westerner could be a real star over hurdles next season.

Nicky Henderson trains this Irish PTP winner for the owner of Cheltenham Gold Cup winner Al Boum Photo (Joe Donnelly), and he won a Kempton bumper over 2m on good to soft ground by an impressive 8 lengths on his debut for his new trainer. He showed a real turn of foot 2f from home that day to clear away from his field and win.

That race was only a Class 5 race but his trainer likes to run his better horses in that race, so he could be useful once he is stepped up in class next season. He is well related being out of a half-sister to the classy Voler La Vedette, and his breeding suggests he will improve further when he steps up in trip from 2m.

I gave Alan King’s daughter of Jeremy as a 12/1 winning selection on this blog (SP 16/1) on her debut (Class 1 Listed bumper) for her new trainer, and the form of that victory has been boosted significantly since with the 2nd, 3rd, 6th, 9th and 12th al winning since. She also won a Class 1 Grade 2 bumper at Aintree at the end of last season as well

She will like soft ground – being a daughter of Jeremy – but she isn’t ground dependent which is a big bonus. Her trainer adores her, and he says she will now go hurdling over 2m+ on good or softer ground. I have highlighted before on this blog that Alan king is very good at training young hurdlers, and I think this 5 year old mare could be his best for a while.

I gave this son of Flemensfirth as a winning selection on his debut for Olly Murphy at Warwick last season, and I think he will come in to his own now he goes hurdling. His trainer feels he will need a trip, and he looks versatile regards ground conditions – although he will be at his best on soft ground given his breeding. I am confident that his 5 year old can be a force to be reckoned with over hurdles this season for his very promising young trainer.

Olly Murphy has made a fantastic start to his training career training 170 winners and earning over £1.3m in prize money. He was assistant trainer to Gordon Elliott in Ireland for 4 years, so he has learnt from 1 of the best trainers around.

He has some top horses in his yard like Brewin’upastorm and Overthetop (above), and I am sure he will have recruited some more promising young horses over the summer. He is still only 25, so his best years are still to come, and I think this season could be even better for this very promising young trainer.

I have said before on this blog that I think this young man is a future champion jockey in waiting. He comes from a racing background (his father was a 2 time champion jump jockey), and he made a big impression last year culminating in a Cheltenham Festival winner on Early Doors in the Martin Pipe Conditional Jockeys’ Handicap Hurdle. I think this year could be a real breakthrough season for this young man, with his current 3lb claim being a major bonus. He is definitely a jockey to keep an eye on.

This young man is connected to the Fergal O’Brien yard – although he rides for a lot of other trainers – and he can still claim 5lb, which is a real bonus. This young Welshman won the “Hands And Heels Jump Series 18/19”, and he has the potential to be even better this season.

His biggest success last year came when he won the Scottish Champion Hurdle aboard Verdana Blue for Nicky Henderson. It speaks volumes for a top trainer to put his faith in a young 7lb claimer (at the time) in such an important race, and he chose this young man. He has a very bright future in my opinion, and is real value for his current 5lb claim.