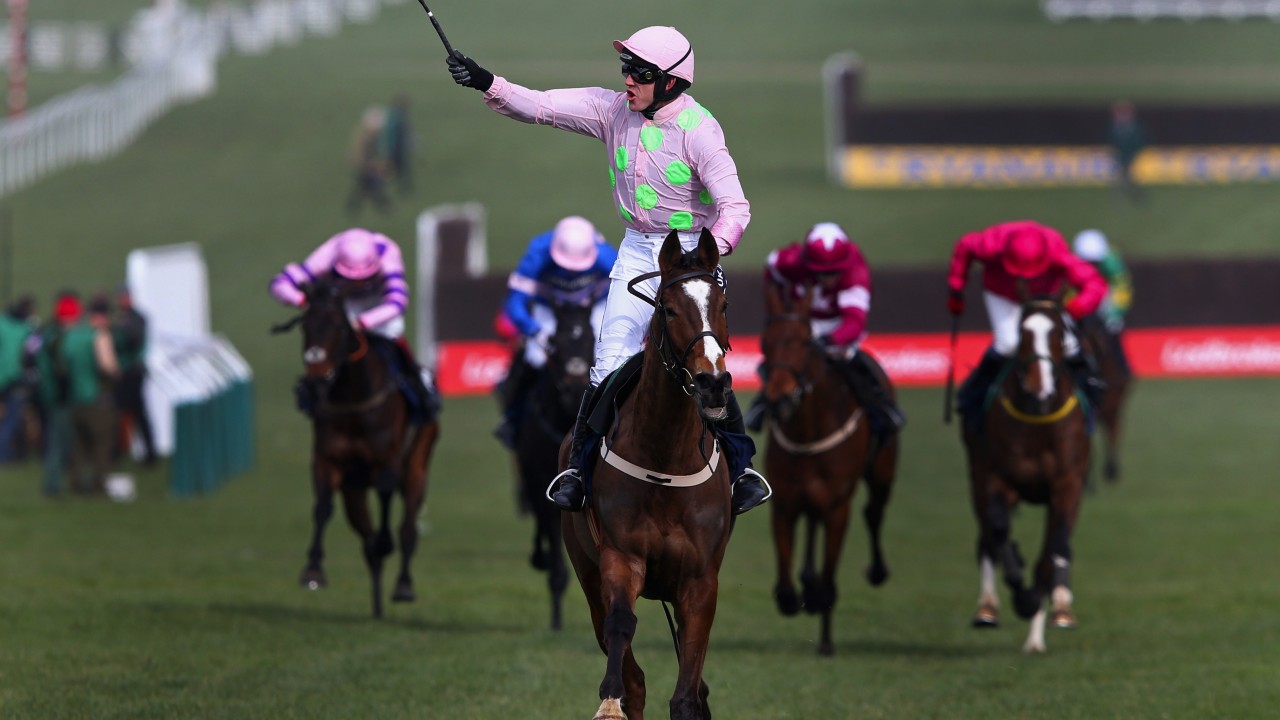 It’s time for the best 4 days of jump racing as the Cheltenham Festival starts tomorrow, and I will be there for the first day of the Festival. The current ground conditions are soft, but the ground has the potential to dry out.

Here are my selections for day 1 of this year’s Cheltenham Festival, good luck!

This 6 year old gelding is 1 of my “10 To Follow For The Jumps Season 19/20” and he has been impressive since he has been sent hurdling winning 3 out of his 4 starts. He has improved with each start, and the manner of his win LTO at Huntingdon was impressive.

That was in a Class 1 Listed Novices’ Hurdle, so he will have to step up again here in this Class 1 Grade 1 contest, but I think he is more than capable of doing just that. He faces some equally progressive types here, but he acts on the ground, and he has the necessary speed to win this race. His stable and jockey are both in solid form as well, which is another positive.

Notebook is a worthy favourite in this race, but I think this 7 year old could give him a good race. Olly Murphy has always held this gelding in high regard, and he has ran well at Cheltenham previously whcih is a big bonus. He has the champion jockey Richard Johnson onboard, and he has a good record on the horse.

His trainer says he was struggling to get home over 2m 4f over hurdles, so they gave him a wind op, and droppe dhim back to 2m over fences. That seems to have halped him a lot as he has won both of his chase starts since. The form of his first win at Carlisle has been boosted on several occasions since, and he will like the ground and trip here.

This horse has really started to get his act together over fences recently (221) and he has ran well at the festival over hurdles previously. I was at Kempton to see him make his chasing debut over 2m 2f on good to soft ground, and he would have won if he hadn’t made a bad error at the last that day. The form of that race is solid, and he has had a confidence booster when he won LTO over fences at Kempton (2m 4f on good to soft).

He steps up in trip here to 3m 1f, and that is a the question mark for me. If he gets the trip, he has to be a contender for me here. This race has thrown up some decent priced winners in the past, and I think this 8 year old represents good value at the prices.

This race revolves around the favourite Epatante for me, and given the way she ran here at last year’s festival – jumped poorly and was never in contention – I have to oppose her. She has been in great form elsewhere – especially at Kempton – but her form at Cheltenham is a worry for me.

A lot of the others have negatives against them in my opinion such as the ground or the uphill finish, and therefore I think that there is E/W value to be had here with a horse that has less worries about him than the others. Ballyandy has some really solid form around here, and he acts well on softer ground conditions. He also finished strongly at Haydock LTO to beat Pentland Hills, which is another positive.

This race looks like a 2 horse race on paper between Benie Des Dieux and Honeysuckle, and there is every chance that that will be the case. I can’t back Benie Des Dieux at the prices – although I think she will win – so I am looking for some E/W value.

Dan Skelton rates Roksana highly and she was the beneficiary when Benie Des Dieux fell at the last last year. She likes this C&D and acts well on the ground. She looks a cracking E/W bet to me at the prices.

This 7 year old has ran 3 solid races since he has been sent chasing (122), and he has been unfortunate to have only won once over fences. He has finished a close 2nd on his last 2 runs – both here – behind 2 well regarded horses in Pym and Simply The Betts, and I think he has a good chance of gaining a second win over fences here.

He has some good course form and likes some cut in the ground. His trainer isn’t in the best of form at the moment, but he will bounce back to form soon. David Bass has ridden him on all 3 of his chase starts, and he rides again here which is a positive. He looks like a solid favourite here to me.

This race can be a real slog on ground which has been kicked up throughout the day, and it may well be a similar situation this year. The distance of the race has been reduced to 3m 5f, but it will still need a strong stayer to win it. The favourite Carefully Selected looks like he has been aimed at this race and he looks a solid favourite.

But, given the likely conditions this race will be run in, I’m going to take him on with Forza Milan. This 8 year old was considered a promising horse by Jonjo O’Neill when he trained him, but he had a history of bleeding. He has shown steady progression since he has joined Irish trainer James Nash (UR22), and I think he can continue that progression here.

He finished a very good 2nd to Carefully Selected LTO at Naas over 3m on soft ground, and he kept on well that day even though he was always being held by the winner. The step up in trip to 3m 5f looks like it will unlock further improvement from this gelding, and the booking of top Irish amateur Derek O’Connor is a massive eye catcher to me.