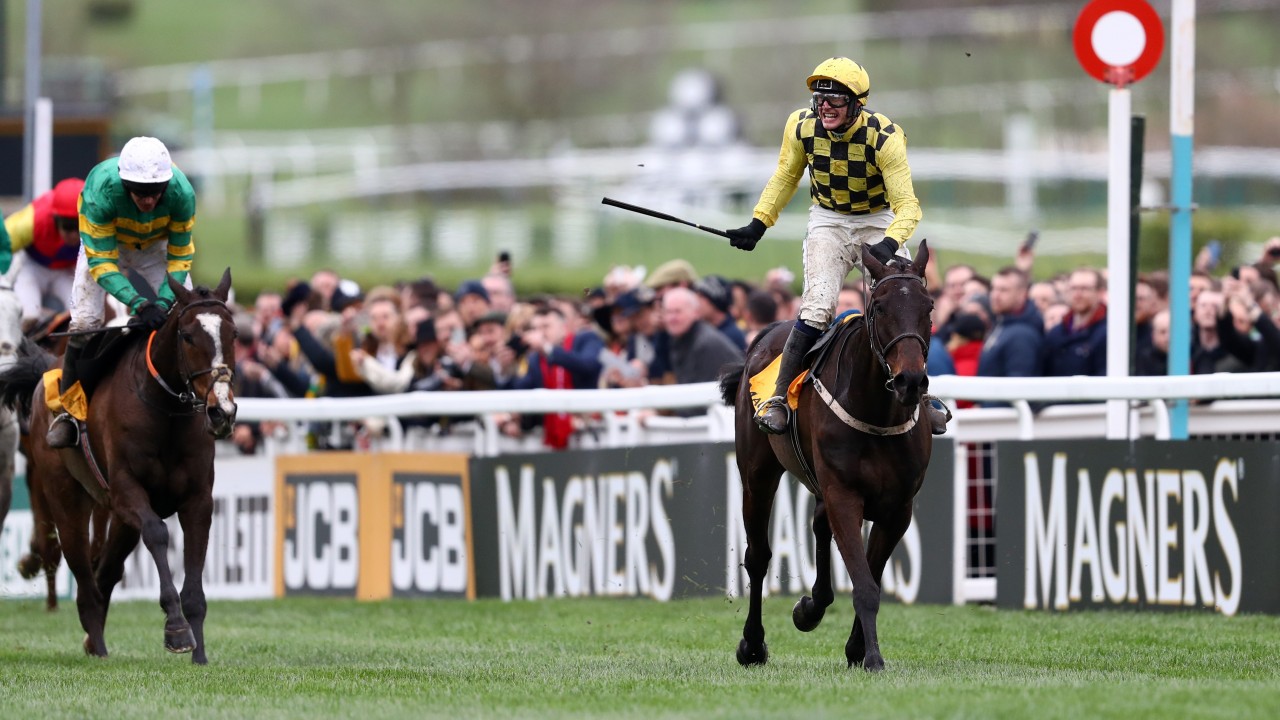 It’s day 4 of the Cheltenham Festival, and the the main race of the day is the Gold Cup. There is also the Triumph Hurdle and the Albert Bartlett, so there is some top racing to come today. The ground conditions have dried out a little and there is some good to soft in the going description which will help some of my selections below.

Here are my selections for day 4 of this year’s Cheltenham Festival, good luck!

This ex flat horse appears to be a little bit of a head case, but I like the way he just wants to get on with the job. I was at Cheltenham’s November Meeting to see this gelding set a relentless gallop out in front to win, and none of his opponents could get close to him.

That form has been boosted several times since, and he has shown that he handles this track well which is another positive. His trainer Dan Skelton thinks he has a very good chance, and I think he has a good turn of foot when he needs it being an ex flat horse. I was impressed with Solo’s win LTO, but this will be a harder test for that inexperienced colt.

Trainer Willie Mullins has the first 3 in the betting for this race – including this horse – so he has a strong hand. This 7 year old was a Grade 1 winner over hurdles last season, and his progress this season has been held up by the softer ground he has encountered.

As mentioned above, the ground has dried out a bit throughout the week, and that will help this horses chances. I wouldn’t read too much in to the jockey bookings as the other 2 Willie Mullins trained horses at the top of the market are both owned by J P McManus, and he has his 2 retained riders onboard them. This is a tricky race, and I’m hoping the return to better ground can help this gelding’s chance.

This 6 year old gelding appears to have a real engine, and he won easily LTO at Thurles when he followed up his win the time before. He is clearly in good heart and he is ridden by the stable’s number 1 jockey Paul Townend. This son of Stowaway handles most types of ground, so he will be fine today.

There are some other progressive horses in opposition here today like Latest Exhibition and Thyme Hill – both shorter in the betting – but I think this gelding can continue his upward momentum and be heavily involved here.

This doesn’t look like the strongest renewal of this race, and it is hard to get away from last year’s winner. He has followed the same route to this race as he did last year, and his latest win at Tramore will have put him spot on again for this race.

He will have no issue with the ground today as he has winning form on soft and better ground. I think some of the others have more to prove than this 8 year old, and I therefore can’t back any of the opposition.

This is another tricky race to solve, and I like the chances of Henry De Bromhead’s 8 year old. His trainer says he ideally needs better ground to be seen at his best, and he gets that today. He has been slightly held back this season by the softer ground he has been running on, but he has still ran with massive credit.

He had some really good form over hurdles – before going chasing – including finishing 4th in the 2018 Supreme Novices’ Hurdle here. His form over fences has been solid, and I think he can improve further on that now that he has his preferred ground conditions. The booking of Aidan Coleman to ride is also eye catching.

This horse has been tipped up by a few shrewd Irish judges during the preview circuit and he represents last years winning combination of Joseph O’Brien, Jonjo O’Neill Jr and J P McManus (Early Doors). This 5 year old has been in great form since he has joined his new connections, and he looks to have a real chance of further enhancing that record here.

Jonjo O’Neill Jr is my “Jockey To Follow For The Jumps Season 19/20” and I really rate this young man. I think he is a future champion jockey, and he has a great chance of ending this year’s festival on a winning note aboard this progressive 5 year old.